Want a $1 Million Paycheck? Skip College and Go Work in a Lumberyard 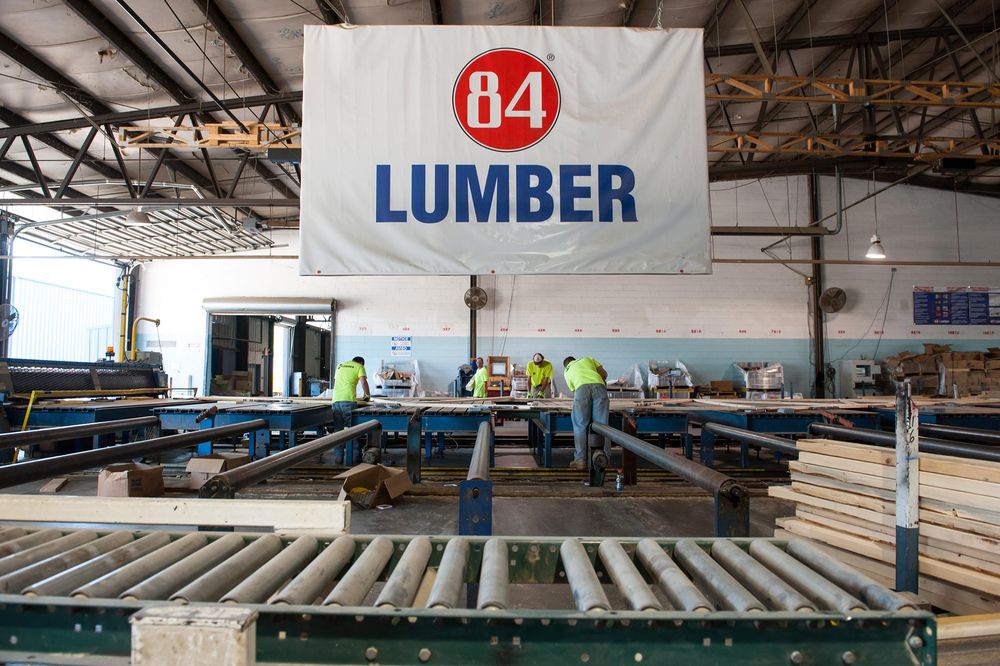 “High-paying blue-collar jobs go unfilled as millions of Americans take on loads of college debt. Building-supply giant 84 Lumber says it has the answer”

Sabastian Kleis, the son of a waitress from Rust Belt Ohio, was supposed to be the first person in his family to graduate from college. Instead, he dropped out of Kent State University after two years. By most accounts, Kleis, 24, should be flipping burgers. But on a recent afternoon a lumber company was grooming him for a management job.

One of the nation’s largest building-supply chains, 84 Lumber Co., spends millions on ads to drive home its message that learning a trade can be more valuable than earning a college degree. The company pays manager trainees about $40,000 a year, and that’s just the beginning. Those in charge of top-grossing stores can earn $200,000, and in a few cases more than $1 million, including bonuses. Yet, astonishingly, its recruiters have had trouble finding qualified takers.

84 Lumber is in the vanguard of a corporate quest to solve a labor market conundrum: Skilled and high-paying blue-collar jobs go unfilled, while millions take on loans to pay for degrees of dubious financial value. “You can go to college and learn the theology of the Roman Empire,” says Kleis, who just completed a three-day training program at 84 Lumber’s rural Pennsylvania headquarters. “You learn all this ridiculous nonsense, and when you get out, what are you applying that to? I know how to frame a house.” 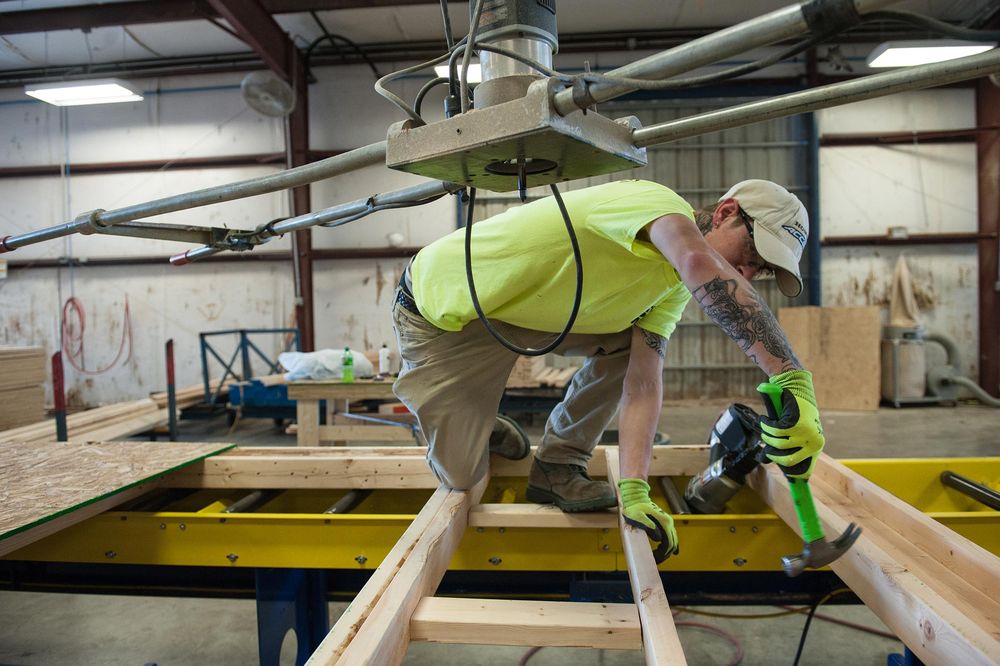 The 250-store chain and other employers are taking that message to the masses. Associated General Contractors of Colorado is spending $2 million on recruiting and apprenticeships. Carpentry Contractors Co. in Minnesota hired a comedian to star in recruiting videos that have racked up a quarter-million views on YouTube.

Of course, a college degree remains a tremendous asset in the job market. The unemployment rate among U.S. workers with a four-year degree was 2.7 percent last year, compared with 5.2 percent for those with only a high school diploma. Over a lifetime, a B.A. translates into $830,000 more in earnings, according to a Federal Reserve study.

Once upon a time, less academically inclined students attended high school vocational programs, which are now out of fashion. Today most students try college but half never complete degrees, according to Anthony Carnevale, director of the Georgetown University Center on Education and the Workforce. For those dropouts, paths into blue-collar professions have been narrowing: Manual and lower-skilled jobs fell to 39 percent of the U.S. workforce in 2014, from 63 percent in 1960, according to a new study from Third Way, a Washington think tank. 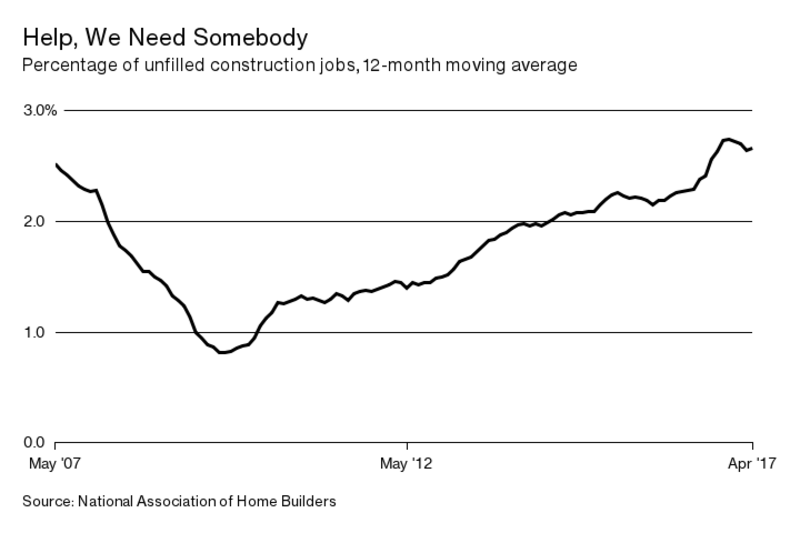 A tight job market has turned people like Kleis into hot prospects. The percentage of jobs in construction that go unfilled hit a 15-year high in December 2016, according to a National Association of Home Builders analysis of Bureau of Labor Statistics data. “The forgotten half of the high school class is suddenly valuable, but not until they get trained up,” Carnevale says. 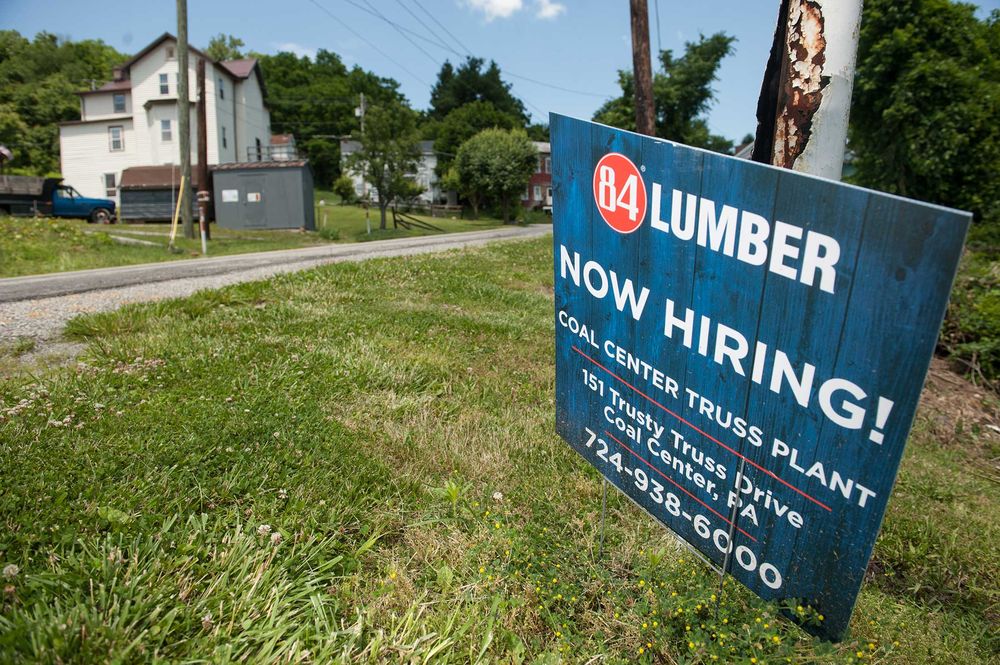 This month, President Donald Trump issued an order doubling money for apprenticeships, saying they enabled students to secure “great jobs” without college. “Apprentices earn while they learn,” he said. (On Trump’s TV show, they also got fired.)

84 Lumber’s owner, Maggie Hardy Magerko, has something in common with the president. Both inherited businesses from their fathers that have made them fabulously rich. Magerko owns almost all of closely held 84 Lumber, whose stores cater primarily to residential builders and contractors. She is worth $2.1 billion, according to the Bloomberg Billionaires Index. 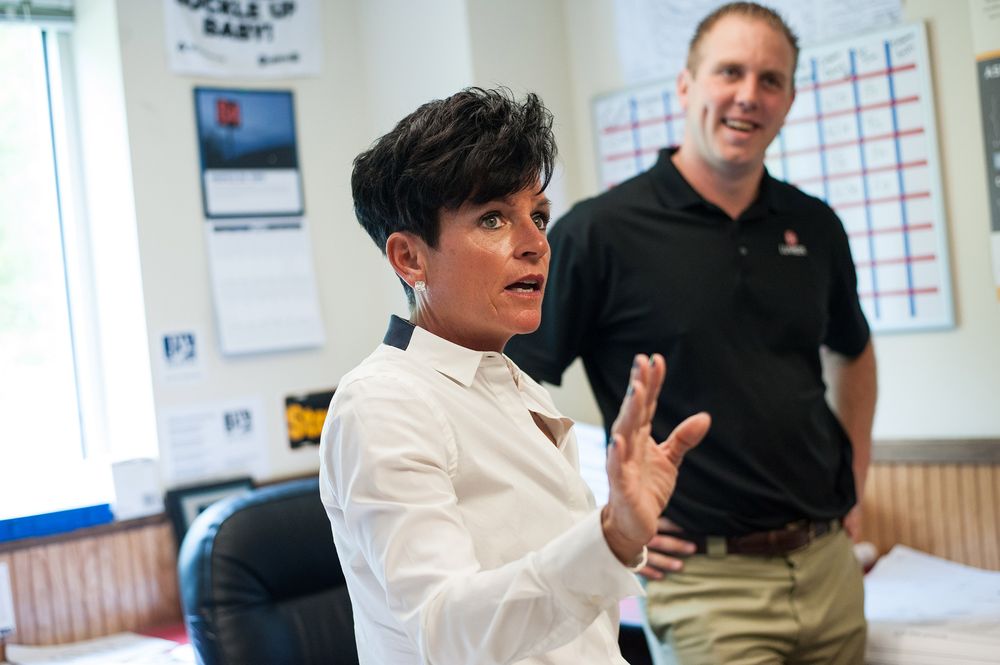 Magerko, 51, is not afraid to flaunt her wealth, sending a message to her workers that they too can get rich working construction. Wearing a diamond cross necklace, a Gucci belt, and a white shirt emblazoned with the company logo, she visited a rural Pennsylvania store recently in a white Mercedes. “I want people who work for me to retire in their 50s and own their own boats,” she says.

A dyslexic, Magerko lasted only one semester at West Virginia University. She favors straight talk, not to mention profanity. “People will ask you, ‘What does your son do?’ If you say he builds houses for a living, they’ll say: ‘So sorry,’ ” she says. “Why aren’t we saying, ‘That’s awesome. That is so cool that he’s able to make money off his passion.’ ” 84 Lumber, which has about 5,500 employees, has plans to hire 1,000 this year.

To make her point, Magerko courts controversy. The company spent more than $16 million on an ad that ran during this year’s Super Bowl. It showed a Mexican mother and daughter blocked by a border wall, only to find a big wooden door (presumably built with supplies from 84 Lumber). “The will to succeed is always welcome here,” read the ad’s tag line. (Magerko, who says she voted for Trump, opposes his anti-immigration policies.)

After Fox Broadcasting Co. threatened not to run the spot, 84 Lumber’s ad firm came up with a solution: TV viewers saw the first 90 seconds and were then directed to the company’s website for the conclusion. The site crashed. Since then, prospects have submitted 35,000 job applications.

In the company’s latest commercial, an astronaut floats above Mars and a voice-over explains that NASA is seeking applicants for its mission: “It takes ambition, a can-do attitude, and a lot of moxie to be chosen for one of the most coveted positions in the universe. Runners-up: We invite you to apply to our management-training program.”

Almost half of 84 Lumber’s trainees have no college degree. Kleis was one of 15 who attended the latest three-day “Lumber Camp,” which is held in Eighty Four, the Pennsylvania town (population 700) near Pittsburgh where the company is based. Attendees learned construction basics, such as how to take proper measurements and how to turn a design blueprint into a “take-off,” the list of all materials and quantities needed. 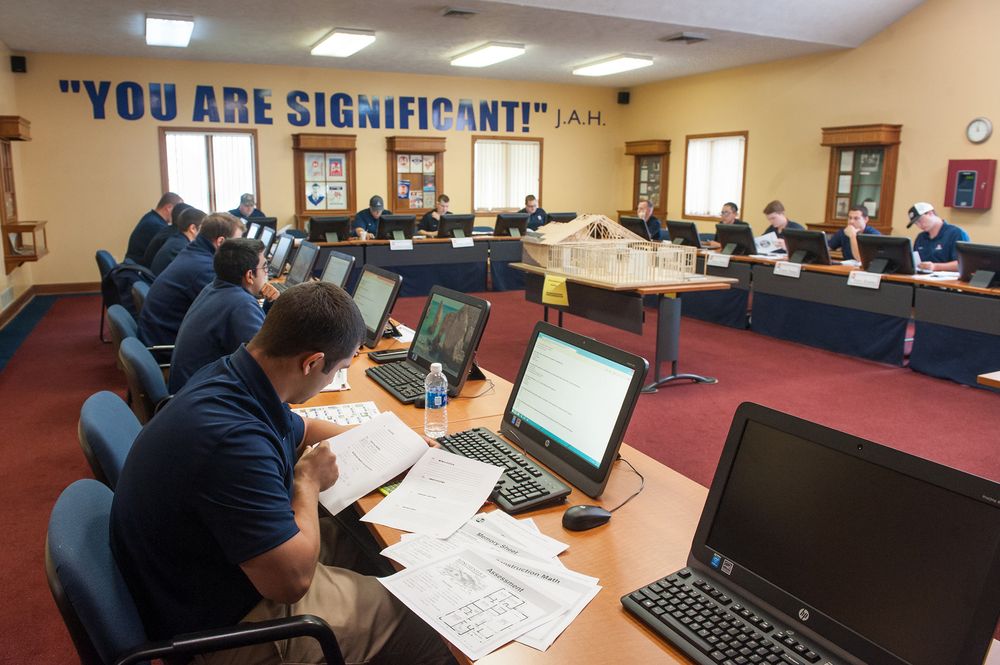 At a nearby plant the sound of saws cutting two-by-fours fills the air, as 10 men hunch over long tables in a building the size of a football field. They are hammering together wood trusses, which are used to support the roofs of houses. Plant manager Rick Holmes, a fit 47-year-old in a blue 84 Lumber baseball cap and work boots, joined the company 29 years ago, just after high school. “I got to raise two kids very well,” he says. “New clothes. New shoes. The best of everything,” says Holmes, who recalls splurging on a $500 baseball bat.

His older son, Zach, 23, works as an 84 Lumber production manager in Maryland. His younger, Eric, is still thinking about college. But the 18-year-old is keeping his options open. He has a job this summer—at 84 Lumber.

Want a $1 Million Paycheck? Skip College and Go Work in a Lumberyard