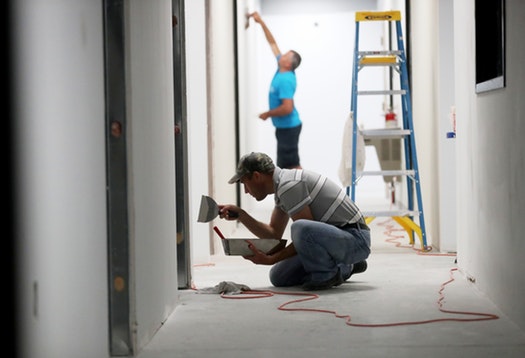 “Jobs drained by recession are back, with no one to fill them”

Kevin Yakes spends so much time trying to keep his Golden Valley construction firm staffed, he sometimes feels like a full-time recruiter. During a recent family getaway in Florida, Yakes hopped in the car and drove more than an hour to have beers with a refrigeration technician he wanted to attract to Minnesota.

“It’s like dating,” Yakes said. “I’ve never, ever, had such a hard time trying to find people.”

Nearly a decade after the U.S. economy collapsed and construction workers fled the industry, Twin Cities builders and contractors are in the midst of one of their busiest years. But a shortage of skilled workers means that new projects — from modest office renovations to soaring new apartment towers — are costing more and taking longer to complete. The situation has contributed to a housing shortage in the region.

Even last year’s completion of U.S. Bank Stadium, a project that kept thousands of workers busy for nearly three years, hasn’t fully replenished the pool of construction help. “We have more work than we know what to do with,” said Robert Heise, president of the Minnesota-North Dakota chapter of Associated Builders and Contractors.

As of May, there were more than 125,000 construction workers in Minnesota, the most for that month since 2006. And the latest tally of construction job openings was the highest in at least a decade. Electricians, carpenters and plumbers are among the most scarce.

Labor leaders say the industry has struggled to attract young people to replenish the pool of workers drained by the 2008-2009 recession, even though construction jobs pay above-average wages and most require just a high school diploma.

One reason for that, says Tim Worke, chief executive of the Associated General Contractors of Minnesota, is that vocational training has been devalued. “Everyone has been told that you have to have a four-year degree to be prosperous at life,” Worke said.

But it’s a fine line, he added, because the old notion that construction is a field only for those with a “strong back and a strong body” isn’t the case anymore. The work is more technical and workers need advanced training, Worke said.

James Mahler, a 35-year-old project manager for River City Tile & Underlayment in Chanhassen, joined the trades at age 19. “College was never something that appealed to me,” he said. “I was eager to begin working and making my own career path.”

In the recession, as others fled the industry, he stayed the course and is glad he did. He has never been without work and has been able to pick and choose jobs.

“We make extremely good money, work reasonable hours, get to be active and build actual communities within the Twin Cities,” he said. “I want young people to realize that it is not a step down to go into construction.”

With costs and job openings on the rise, the industry is getting more creative. This summer a consortium of industry groups will launch one of its most comprehensive efforts yet to help fill jobs: Project Build Minnesota, a marketing campaign aimed at “making construction sexy again,” said David Siegel, executive director of the Builders Association of the Twin Cities. The goal is to sweep as many trainees into both union and nonunion jobs. The consortium plans to raise $800,000.

A third group called the Twin Cities Construction Sector Initiative, which includes the Associated General Contractors, the Minnesota Building Trades Council, educational institutions and other stakeholders, is taking a higher-level look at workforce needs. That group hopes to roll out a multiyear plan by end of the summer.

Until those efforts gel, the effects of the tight labor market are rippling through Twin Cities property markets. 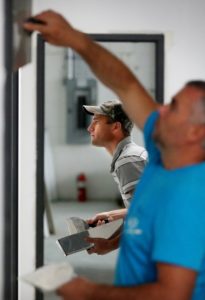 Commercial construction costs are increasing two to five times the rate of inflation, local analysts say. Jim Durda, executive vice president of the local office of Zeller Realty Group, which manages the Fifth Street Towers and LaSalle Plaza in Minneapolis, said that 10 years ago it might have cost $25 per square foot to build out or remodel a commercial space. Today, it’s $35 to $50 per square foot, partly because of labor costs.

Such increases can be even more detrimental for new buildings, which employ hundreds of workers from many trades. Last month, plans to build a Hy-Vee store in White Bear Lake were scuttled. High labor costs contributed to the decision not to build, according to both John Johannson, a manager in the local development company on the project, and Tara Deering-Hansen, a spokeswoman at Hy-Vee’s Des Moines headquarters.

Homebuilders are facing similar issues. Some builders have painted “help wanted” and phone referral numbers on their trucks.

Two weeks before the start of a luxury house tour in the Twin Cities, Scott Busyn and several other custom homebuilders were scrambling to finish in time for it. Busyn paid overtime and offered other perks to discourage subcontractors from jumping ship to work with other companies.

At CPM Cos., one of the biggest apartment developers in the Twin Cities, the situation is making it difficult to finish buildings on time.

Construction manager Troy Wenck of Reuter Walton Commercial said that he’s spending valuable time trying to recruit employees, and the company has had to turn away projects.

Mark Scherer, an owner of the one of the largest lumberyards and truss-building plants in the region, has managed to keep his staffing levels steady by regularly raising wages. At a plant in Albertville, he gave workers a nearly $1 an hour raise last fall. “That seemed to take care of the problem,” he said.

He hasn’t, however, been able to solve a more serious problem: Timing. He said it normally takes 90 days to build a house, but it’s now taking 120 to 180 days in some cases.

Houses are also more expensive. Scherer said an upscale house used to cost $175 per square foot, but increases in labor and other inputs means the price is now $250 to north of $300 per square foot.

He has a handful of openings to add to his current staff of 30 — and he wasn’t able to persuade the Florida technician he met for drinks to join his company.

“It is a whole lot of work,” Yakes said. “You just always have to be ready to hire that next top talent.” 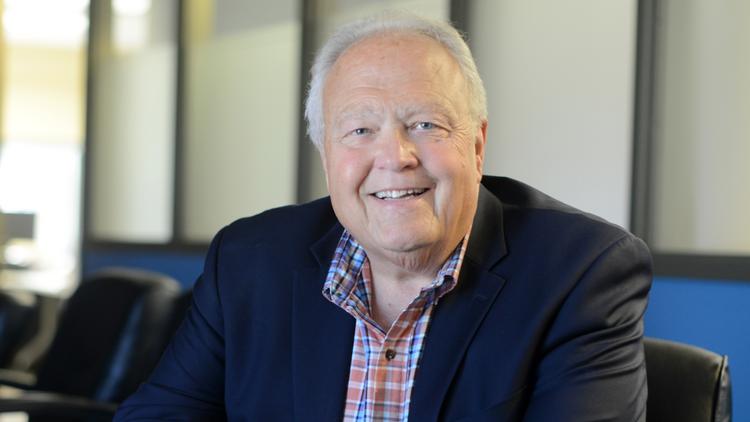 June 7, 2018 Minnesota’s construction industry has a labor shortage. Here’s what it’s doing about it. Read More