How women can help solve the construction labor shortage 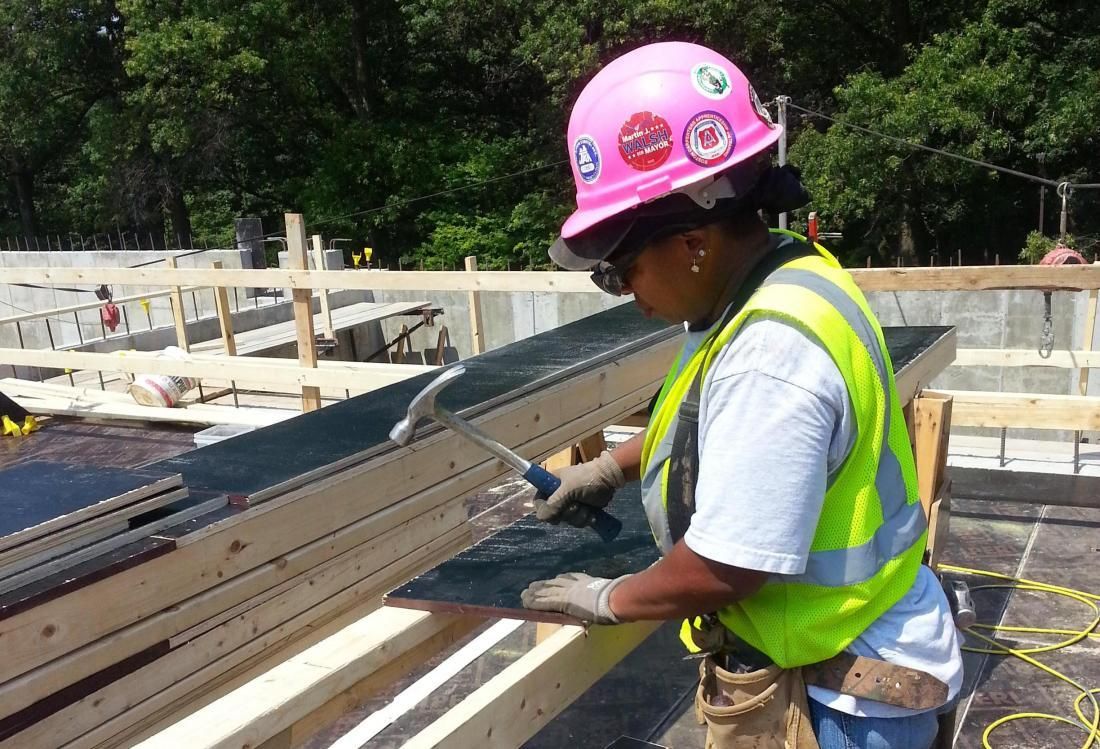 “The traditional labor pool of young, white men who are the children of construction workers does not exist anymore. They went to college,” University of Massachusetts Labor Resource Center Director of Research Susan Moir said. “There’s a pool of workers that need good jobs, and that is women, particularly women of color.”

The Massachusetts Gaming Commission is expected to launch a campaign Thursday to get more women to work in construction at its casino sites around the state.

“The construction industry is experiencing a labor shortage and is predicting it will get worse in the future,” Policy Group on Tradeswomen’s Issues co-founder and New England Regional Council of Carpenters business representative/organizer Liz Skidmore said. “For so many reasons, it is self-destructive for the industry to ignore the female half of the workforce.”

The construction industry is in the middle of a labor drought, and a demanding post-hurricane recovery effort is drawing attention to how bad things are nationally.
In Texas, which was deeply impacted by Hurricane Harvey, 69% of contractors were already having trouble filling positions on job sites before the storm made landfall. 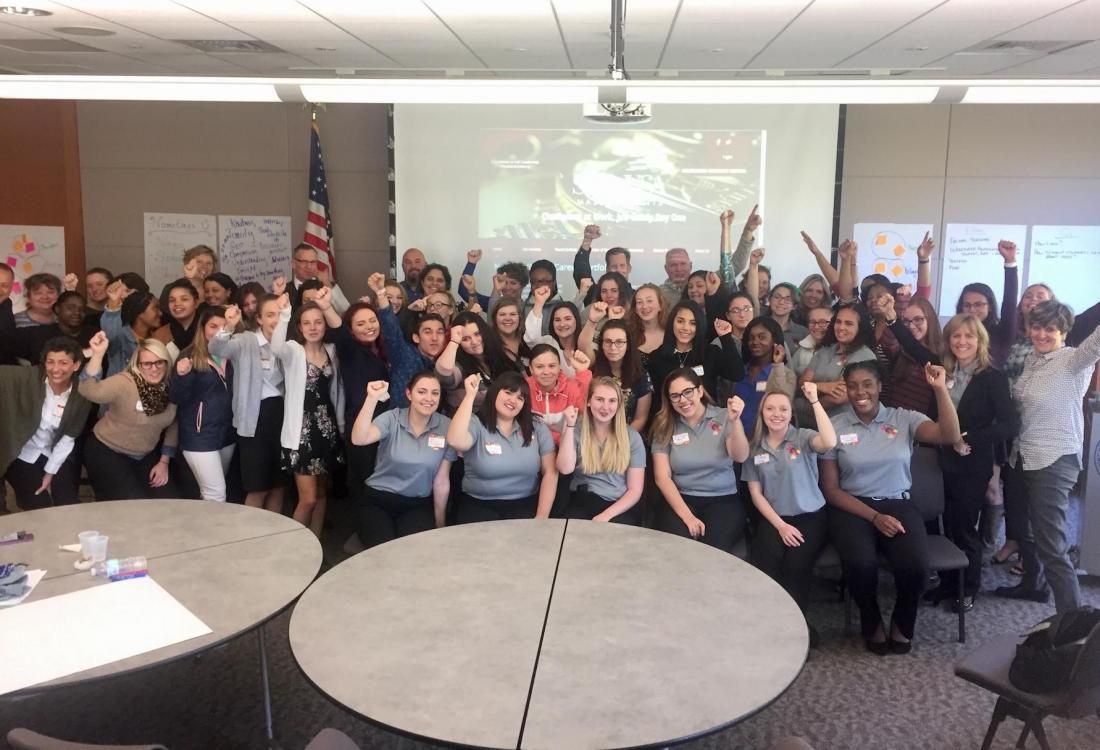 “It’s time to drop all the senseless objections and hire the most qualified people for the job, which will include telling women, in campaigns like this, that if women want to do this work, the industry wants them,” Skidmore said.

Fixing the supply problem means institutional changes on the front lines. In 2015, educators at Minuteman High School in Lexington, Massachusetts, set out to find a way to get more women in trade and apprenticeship programs after finding data showed 3,000 girls were enrolled in trade programs statewide.

“We were like, ‘Oh my God, do you see those numbers?’ We had no idea,” Minuteman High School Director of Special Projects Maryanne Ham said.
“When we pulled that data, it just drove us forward.”

Ham and Minuteman Director of Career and Technical Education Michelle Roche met in late 2015 with representatives from Wynn Boston Harbor, PGTI, the Massachusetts Department of Elementary and Secondary Education, the New England Regional Council of Carpenters and other union representatives.

The meeting produced Massachusetts Girls in Trades, a group intent on helping female students in middle and high school, as well as recent graduates, discover and start careers in high-skill, high-paying construction work in a region with a building boom. The group hosts career fairs, leadership councils and alumni events to educate these women about career opportunities in union building trades at projects like the $2.4B Wynn Boston Harbor. 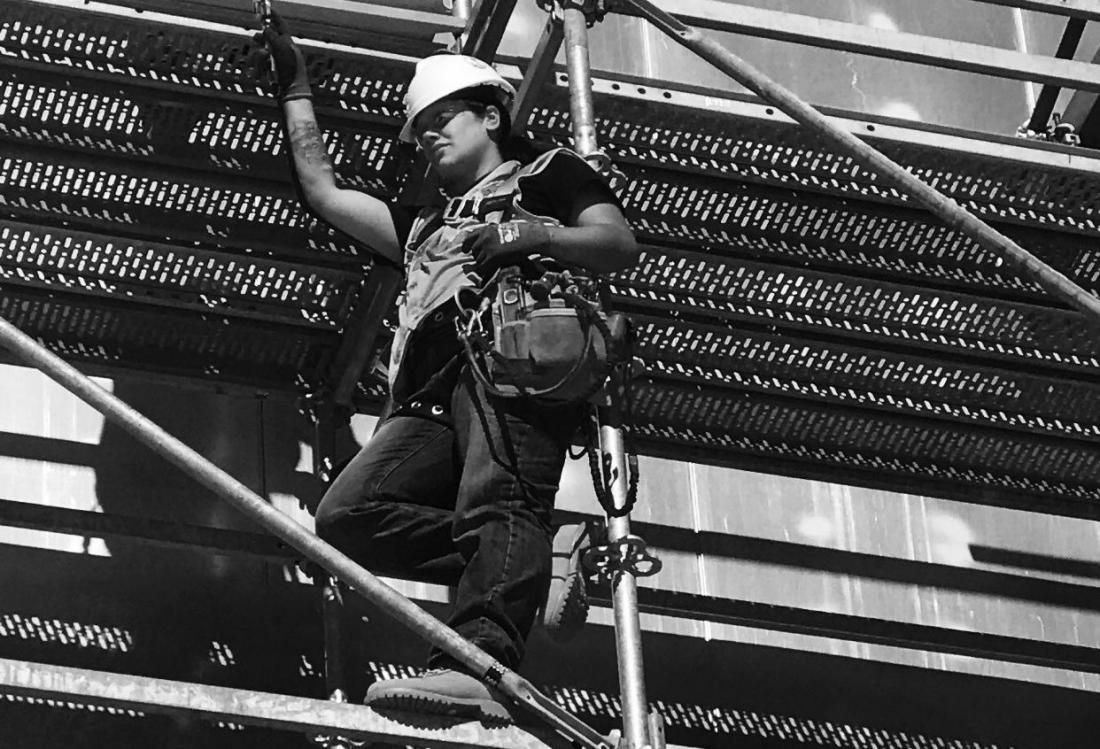 “I tell the girls, ‘you need to realize you’re part of a movement,’” Roche said.

The response has been extraordinary. Over 400 female students from 18 high schools attended the inaugural Massachusetts Girls in Trades Conference and Career Fair last year to interact with 50 exhibitors and learn more about opportunities in the field. Roche and Ham said the interest has not waned, with hundreds of girls continuing to show up at subsequent events.

“It provides them a pipeline into a career they can sustain and make equal pay for equal work with representation and be treated fairly,” Roche said.

Fostering female interest is only part of the equation. Having developers and general contractors who demand a diverse workforce is what is finally moving the needle and connecting more women in the trades with construction jobs. 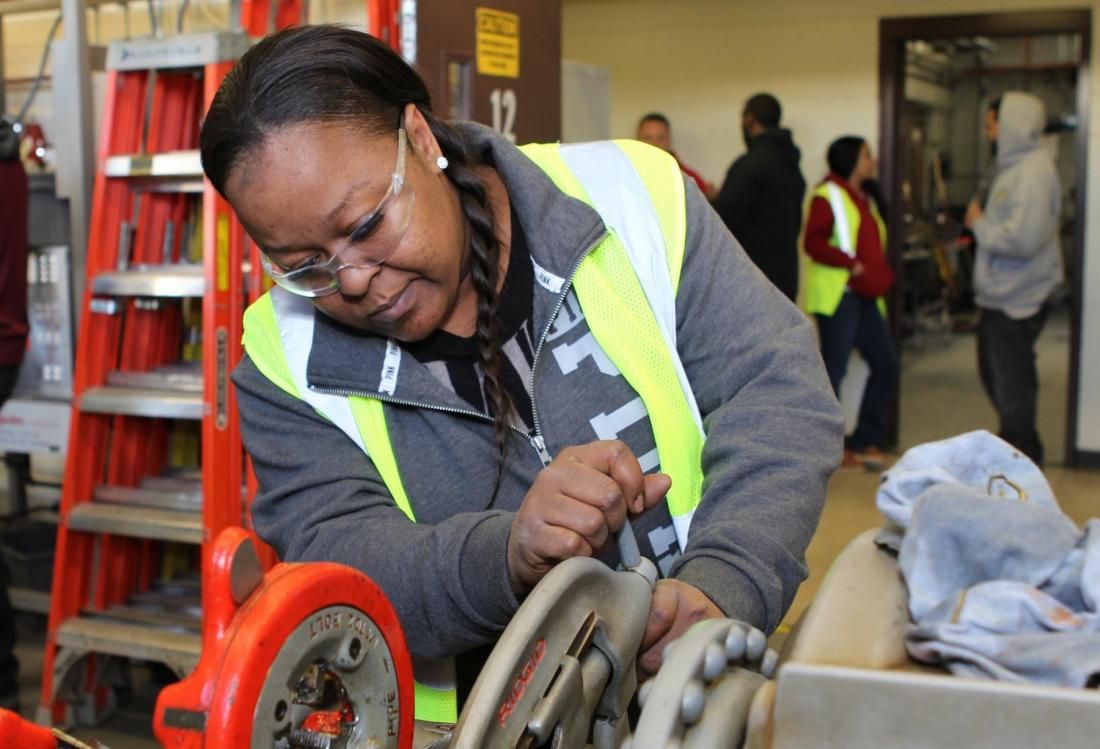 “There is a lot of construction going on right now, and it’s very competitive to fill the jobs and important to make sure they’re utilized by women and minorities,” University of Massachusetts Building Authority Executive Director Patricia Filippone said. “Overall, supply isn’t where we want it to be, but there is demand for it.”

UMass is making strides to have 6.9% of job hours on construction projects at its campuses in Amherst, Lowell and Boston for women. Filippone said her organization currently sees between 6% and 7% of job hours going to women and is dedicated to outreach and working with construction managers to develop a labor pipeline.

The number of female apprentices in Massachusetts has tripled since 2012. Apprenticeships offer women free education (and pay during that time), salary increases every six months, health insurance, an annuity and a pension, Skidmore said. In the competitive construction climate of Boston’s building boom, Moir thinks outreach to female workers is a no-brainer since it also promotes racial diversity on job sites and connects women with better pay.

“We see the response to our early outreach is 90% from women of color,” she said. “If you’re already doing heavy manual labor for $11 an hour, why not make it $20 or $25? There’s a community that needs the work, and there’s an industry that needs the workers.”

How Women Can Help Solve The Construction Labor Shortage